Hey, all you lovely folks! Our very own Tricia wrote a wonderful, fabulous guest blog post over at Thoughts from the Agent Desk about sample pages (you know, those lovely bits of writing you package off with your query letters when you start  querying agents).

You can read that blog post in all it’s glory here.

Or, in other words, the story of my life. Since I got a full-time job, I don’t really come home after staring at a computer for eight hours and feel like staring at a computer screen for two more while I try to make a daily word count. Instead I read. Copiously. Insanely. As of August 15th, I’d read 150 books this year. While I love that I’ve read so much, both my word count on my WIP and my wallet have suffered.

Something good ought to come out my procrastination, so I’d like to do occasional book reviews/recommendations. I’ll mostly focus on the positive and only do reviews for books I loved. Plus, I imagine that I’ll tell you far more about my personal life and psyche than anyone really wants to know. What a treat! (No really. I’m super good at making fun of myself).

Isla and the Happily Ever After

Beautiful cover, no? (Image via Goodreads)

The last of the trilogy, I&HEA is a gem of a novel that follows Isla and Josh (previously introduced in the first book, Anna and the French Kiss) as they go through their senior year at an American school in Paris.

Rather than summarize the plot (you can easily find that on Goodreads), I want to give an aspiring writer’s perspective. When I read the first novel of the trilogy (all featuring a different hero and heroine), Perkins’s debut, I was…swept away. Honestly. I’ve always loved romances, and I love YA, but this book went beyond genre for me. Perkins so effortlessly put me back into high school–but not the sucky parts of being a teenager (at least, not only those), but the best parts. The magic of new places, the hope you find in your dreams of the future, the elation and heartbreak of crushes and cute boys  and their amazing hair and even more amazing accents. As a reader, I was practically salivating at the story. But as a writer? As a writer I wondered how on earth Perkins managed to do that to me. I won’t say the story was unoriginal, because I think originality is kind of a red herring in discussions of quality. But at the same time, it’s a young adult romance novel. Certain elements are expected. And they were present. So what exactly did Perkins do to take this beyond cute and satisfying to OH MY GOSH WHERE IS THE NEXT BOOK to picking up the book a week after finishing it the first time and diving in for a second read?

It’s something that I think about a lot. Beyond the craft of writing there is the art of writing, and hopefully at the art of writing you’ll find the heart of writing. I read books that are technically proficient; mature sounding voice, excellent pacing, great plot, rounded characters, and I’ll walk away from it pleased–but then it’s easily forgotten once I read a few more books. But books that have a bit of the writer’s heart and soul in them, those stick with me. Stephanie Perkins’s books are like that.

I’d recommend reading the first books in the trilogy before you get to this title. They’re wonderful, but Perkins strays beyond the normal unfolding of a romance plot (they meet, conflict, first date, conflict, first kiss, conflict, etc.) and develops the love between the hero and heroine rather quickly. What follows is a conflict that turns this from sweet love story to relatable coming of age story. Yes, the others in the trilogy were also coming of age stories. What YA book isn’t? But Isla’s identity crisis feels both authentic and moving and brave. After Perkins’s blog post about moving I&HEA’s pub date back due to mental health reasons, I can’t help but read a little of the author into Isla’s fear of the future and fear of not being good at anything. Whether that’s true or not, I find it both inspiring and brave and it makes me see myself in Isla as I read. I wanted to reach into the pages and pluck that girl up right into a tight hug because I’VE BEEN THERE. I’VE FELT THAT. You can’t judge Isla for pushing away Josh when you know exactly what made her do it–because you’ve done it too. The emotional heft of this book has left me in a state of funk for a week, just thinking about it.

I know that this kind of relatable angst isn’t for some people, but a book can’t please everyone. I’d so rather see books that wear their hearts on their sleeves than books that feel like they’re simply going through the motions.

Morally ambiguous characters (MACs) are mind changers. They can’t decide whether they want to be good or bad. It depends on what they’re trying to achieve “in the moment” rather than making decisions based on a set of morals that they already possess. VERY often, a girl is involved in their decision making process.

Now, just so we’re all on the same page—let’s look at some examples of MACs. Take a look at these beauties: 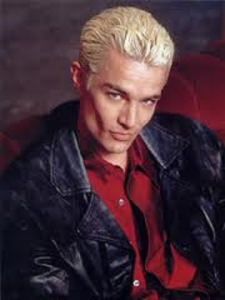 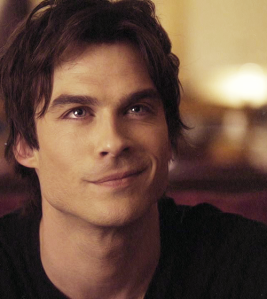 Let’s talk briefly about what makes them morally ambiguous. First, we have our two vampire boys from different shows: Spike from Buffy the Vampire Slayer and Damon from The Vampire Diaries. Were they real, they’d be considered serial killers. But they both end up making better choices for the sake of a girl. Not tough to see the moral ambiguity there.

Then we have Guy of Gisborne from BBC’s Robin Hood. He’s a bad dude. Oppresses the people under his care, kills innocents, etc. He also starts to change for the girl.

Next, there’s Loki from Thor: The Dark World. I reference this movie specifically because this is the one where he starts to become morally ambiguous. This is the movie where we start to question his character. Previously, Loki had tried to take over the world in Avengers, which resulted in the deaths of lots of people. But in Thor 2, he starts to help his brother once his mother dies—but at the end of the movie, we have no idea whose side Loki’s on.

And last, but certainly not least, we have Hook from Once Upon a Time. Throughout the show, Hook is not afraid to work with the bad guys to get what he wants, regardless of the consequences. He puts his needs (which start out as being revenge on Rumple) before everyone else’s. And he, too, changes for the girl.

Now let’s talk about four reasons why these characters work so well in stories.

MACs have SO FAR to go. They often start out on one side of the bad/good scale and then go clear to the other side after an inciting event. Then they start to fluctuate on the scale. As readers and viewers, we like to watch characters grow. Character growth comes from internal conflict, which drives a story sometimes even better than external conflict. You can root for a character who you want to see change. Will Loki ever become a good guy and help out the Avengers? We’re dying to know what he’ll do next. We’re so invested in him as a character because we want to see him reach his full potential. To see what he can do when he puts all his energy into helping the cause. (Or, on the other side, to see just how bad he can get. And what he’s willing to do to prove a point.) The point is that we can easily become invested in MACs because there’s so far for them to grow. They can’t always sit on the fence. In the end, they will be good or bad. And we want to see where they’ll end up.

Guy and Marian, Buffy and Spike, Damon and Elena, Hook and Emma. (Loki is the only one of my examples not to have a girl involved, but I’m sure it’s just a matter of time before Marvel jumps at that opportunity. They’d be fools not to with all of Tom Hiddleston’s fan girls.) Those of us who enjoy romance in our stories love to see the guy get the girl. We like to see a guy change for a girl. We like to see the bad guys do good things for the girl. It makes the girl special because she is the only thing in the world that can motivate the MAC to be good. I think girls love this fantasy of a guy who will change for them. I believe we call it the Beauty and the Beast Complex. Whatever you call it, it’s powerful.

MACs do have some good qualities. More often than not, they’re funny. Loki, Spike, hook, and Damon are all funny. Everyone loves to laugh. So even if characters do bad things, yet have good qualities that we can admire, we’ll overlook the bad ones. Humor isn’t the only good quality they can possess, but it is certainly one of the most powerful, I think. All MACs, and bad guys in general, should have at least one good quality. Nobody is all bad. We’re fascinated by things like murderers who have pet kittens that they adore. It’s bizarre. It makes you question who they are and what motivates them because we seem to think at times that good and bad can’t exist together. In the story world, they always should.

They’re just so interesting. They’re unpredictable. You have to be invested in them because you’re dying to know what choices they’ll make. Readers don’t like stories that they can predict. Even in stories where we want a happy ending, we don’t want to be able to predict how we get to the happy ending. The “bad guys” in a show steal all the attention once they become morally ambiguous. Thor may be the god of thunder, but Loki is the god of tumblr. Delena has way more fangirls than Stelena. Once Spike realizes he has the hots for Buffy, does anyone else in the show even seem as remotely interesting? No. Joss Whedon even ends up making him one of the main characters. Because he’s so darn interesting. And *spoiler* for my example for Guy if you haven’t seen the series—BBC ended up killing off Maid Marian because her dynamic with Guy was so much more interesting than the one she had with Robin. Guy was a more interesting character. Everyone rooted for Guy. No one wanted her to get with Robin. MACs steal all the thunder.

I wish we saw more MACs in the novel realm. All my examples are from movies and TV shows because I had a harder time coming up with ones in books. I noticed that the MACs tended to already be reformed by the time the story starts. But I would LOVE to see more of them in YA. In fact, after I finish the book I’m working on now, I will have one of my next male leads be a MAC. Should be fun.

In the comments below, tell us about some of your favorite MACs that weren’t mentioned here.

After way too long of a break (during which we graduated from school and tried to figure out what to do with our lives–we still don’t have it figured out), The Plotless is back! We have a new look, updated pages, and upcoming posts. Check back with us each Monday for new posts on writing advice and fun discussions about what’s happening in the world of entertainment.